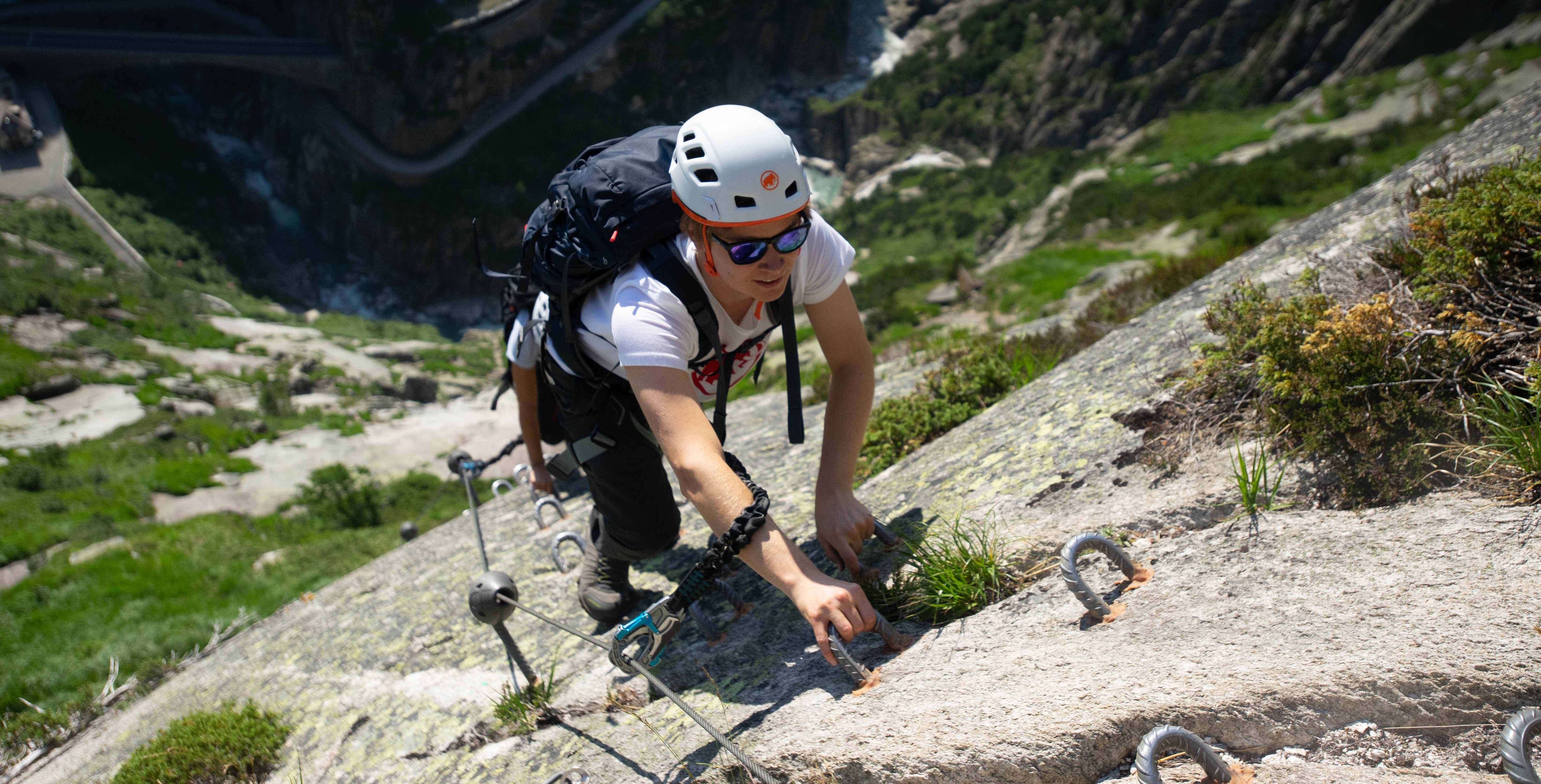 As part of my job here at MAMMUT, I regularly hear about and report on the craziest stories from our athletes. However, I suffer from a terrible fear of heights. After two years at MAMMUT, it was high time to face up to this fear. 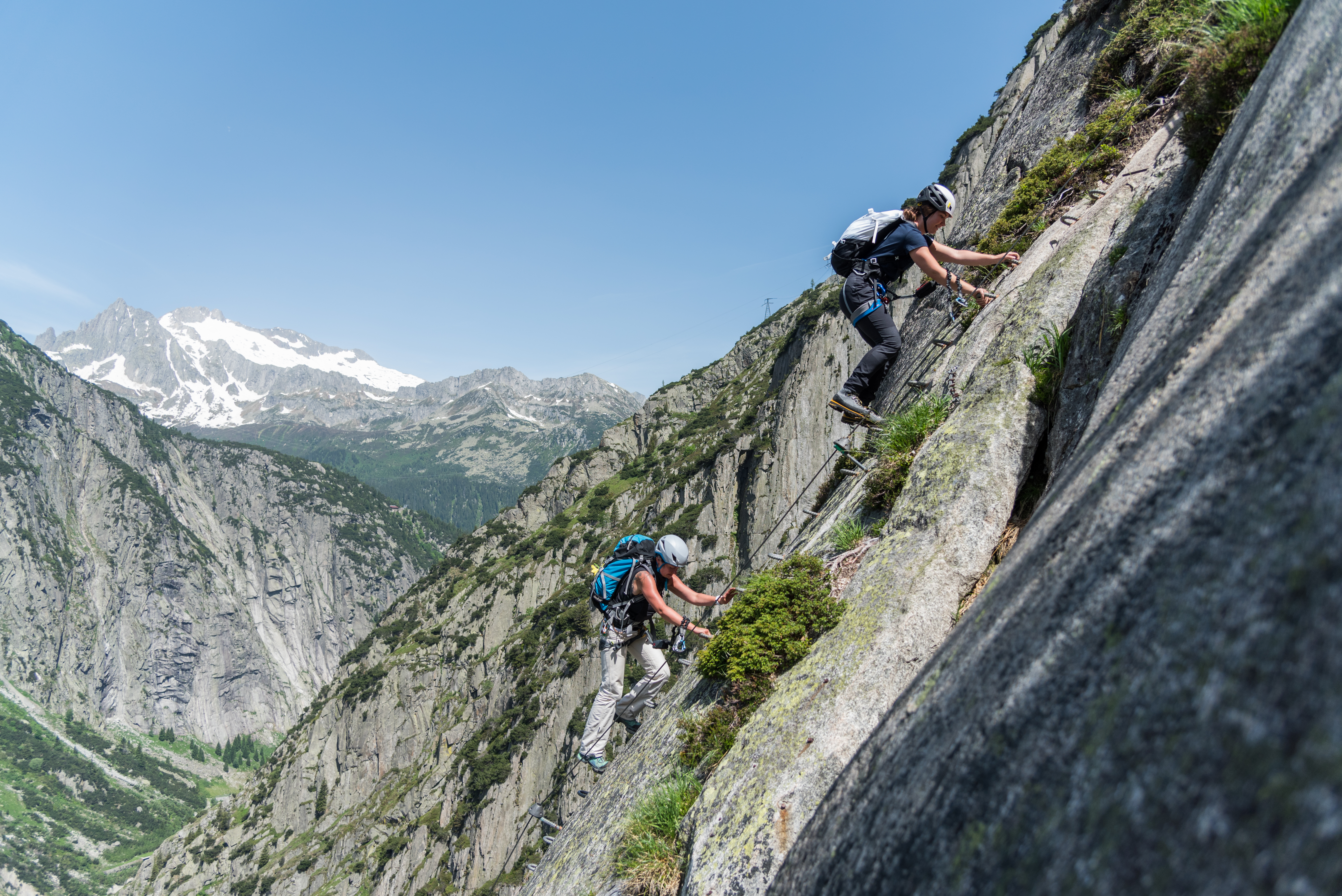 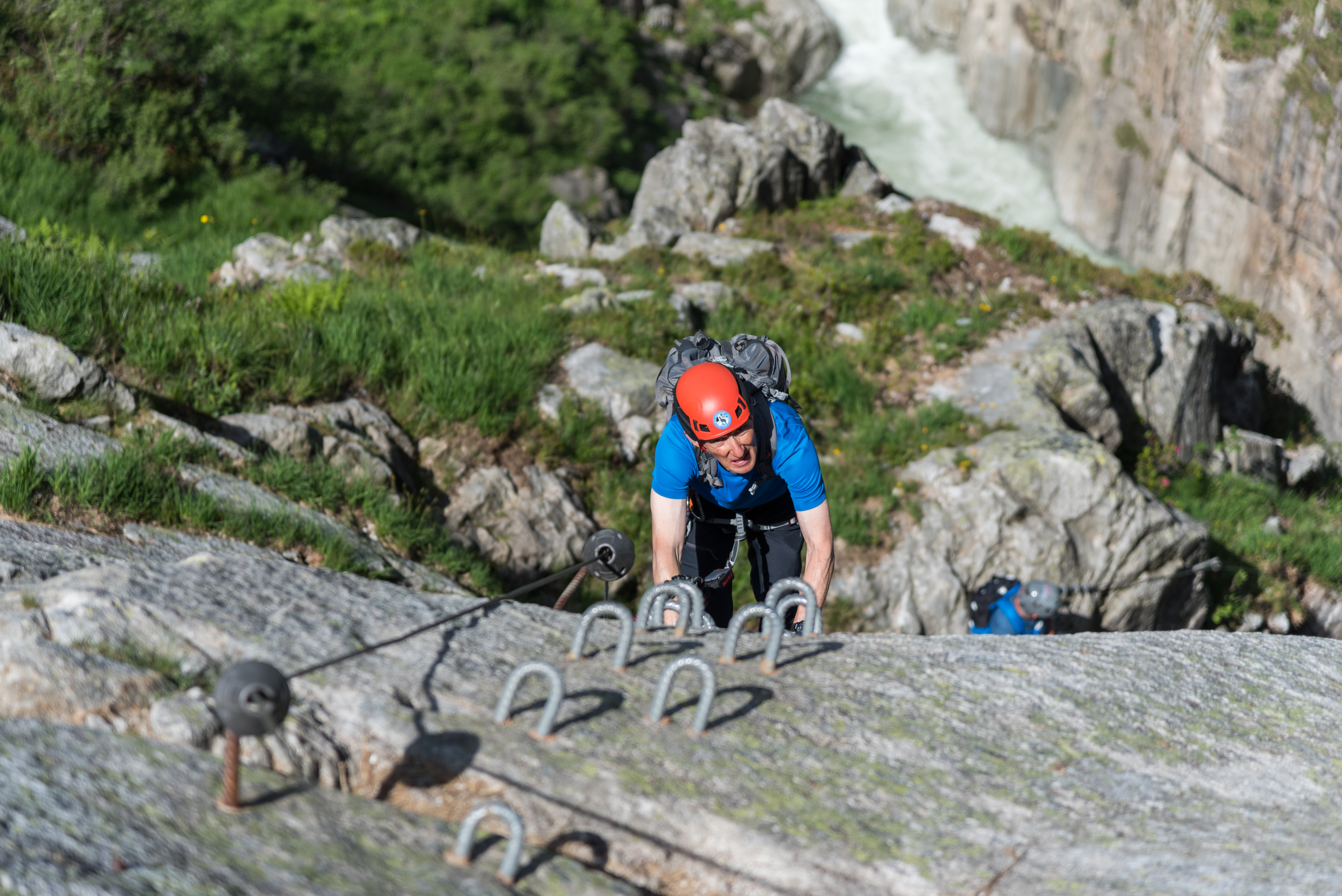 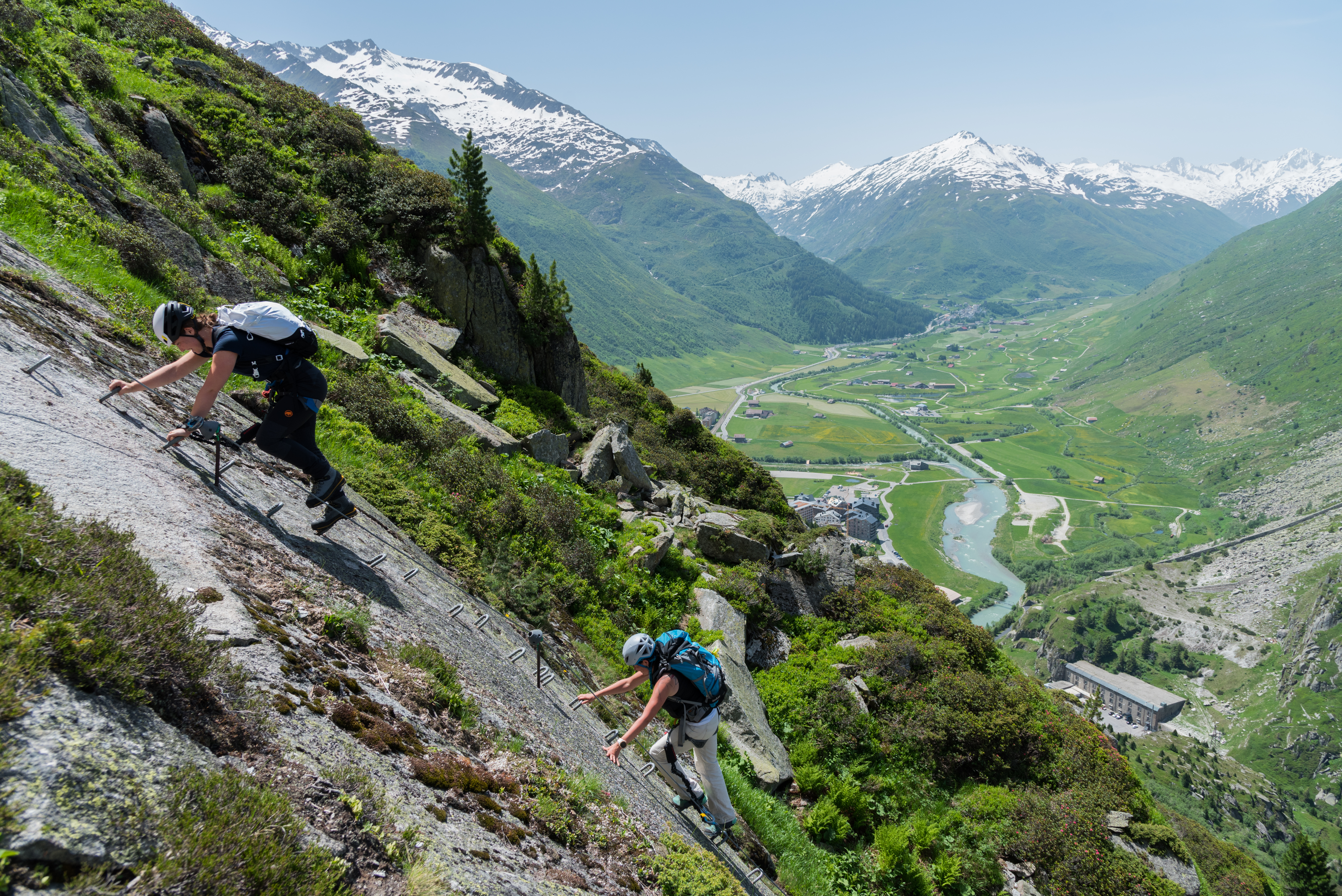 “MAMMUT athlete Dani Arnold has scaled the over 1,200-meter high north face of the Grandes Jorasses in precisely 2 hours and 4 minutes, setting a new speed record in the process.” These were the words I typed into the text column of the MAMMUT Facebook account one rainy Monday morning. The craziest part was that Dani was completely unsecured during his climb! When we asked him how high he rated the risk of this tour, he replied that thanks to his thorough preparation, he never actually felt in danger. As part of my job here at MAMMUT, I regularly hear about and report on the craziest stories from our athletes.

I love the mountains and spend a lot of my free time snowboarding and mountain-biking. However, when it comes to scaling mountain faces or making my way along ridges with breathtaking panoramic views, I hadn't “yet” arrived in the MAMMUT world. I have terrible vertigo. I close my eyes on the ride up the mountain in a cable car and at times just watching the video footage of our athletes’ projects gives me sweaty hands. After two years at MAMMUT, it was high time to face up to this fear and find out what it is that makes so many of us, week after week, voluntarily choose to hang on a rope 100 meters above the ground!

The area around Andermatt has everything a mountaineer's heart could desire and this makes it the ideal location for our MAMMUT Alpine School. From easy glacier trekking trips to demanding summit tours, everyone can find their own ideal mountain experience here. I chose via ferrata for beginners.

The advantage of via ferrata is that you are constantly attached to a guide cable with a special via ferrata set. This is secured every few meters. In other words, all the carabiners need to be swapped individually, one after the other. So, provided you don't make any mistakes here, you are protected at all times.

After a short theoretical session, our little group headed out with mountain guide Markus Wey to the start of the Diavolo via ferrata route. A thick fog was lying over the Schöllenen Gorge and we could barely see further than 10 meters. Hopefully the fog would stay thick, I thought to myself. The first challenge awaited us right at the start. There were very few of the classic iron steps here and we had to grip directly on the rock. The first big test was swapping the carabiners. This meant removing the hand that was clinging onto the rock. Just don't look down, I said to myself. It required total concentration. Step by step, hold by hold, we made our way to the next plateau.

It was going pretty well. I was amazed at how quickly I was starting to trust the equipment and how rapidly I was progressing. And the big advantage was the fact that I could turn around on the ledge and take a look behind me. Because, other than the thick blanket of fog, there was nothing else to see. No visibility, no vertigo. After two hours or so, without any major problems along the way, we arrived at the end of the route. To be honest, I was really surprised at how easy I had found it. I was secretly happy that it was finally over, but in a way I felt a bit cheated by the fog as this was probably why I had experienced so few problems. 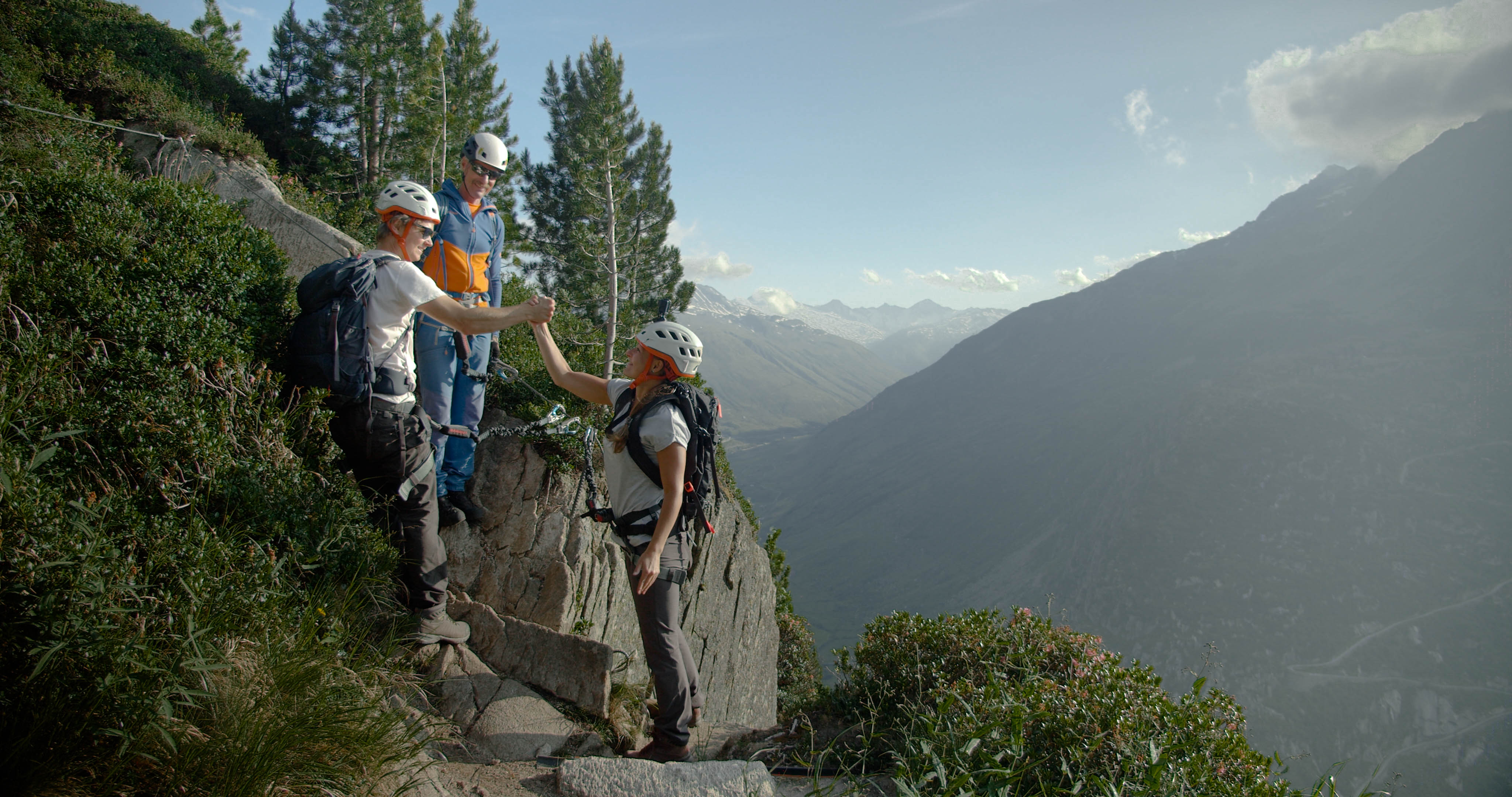 And one more time

As we were still in Andermatt the following day and the weather forecast was announcing perfect sunshine, I decided to give it another go. Amazingly, I actually found it pretty easy to concentrate completely on the route and blank out the abyss below. Halfway through the route, I did something I would never even have dreamed of doing just two days before. I stopped in the middle of the ladder, turned my head around and looked down. It did make me feel a bit queasy, but after that I could actually enjoy the rest of the ascent.

My conclusion: it is possible to overcome vertigo! This doesn't mean I will suddenly be fearlessly scaling alpine summits. But with small steps, you can build up confidence in your abilities and trust in the safety equipment. Our mountain guide Markus helped me a lot too, with his calm, professional support. My next goal: to look out the window of a mountain railway and try to enjoy the view here too!

Via ferrata climbs for beginners in Andermatt

from CHF 489.00
zum Angebot
save bookmark

Sport climbing - Give it a go

from CHF 169.00
zum Angebot
save bookmark

Via ferrata climbs - Give it a go 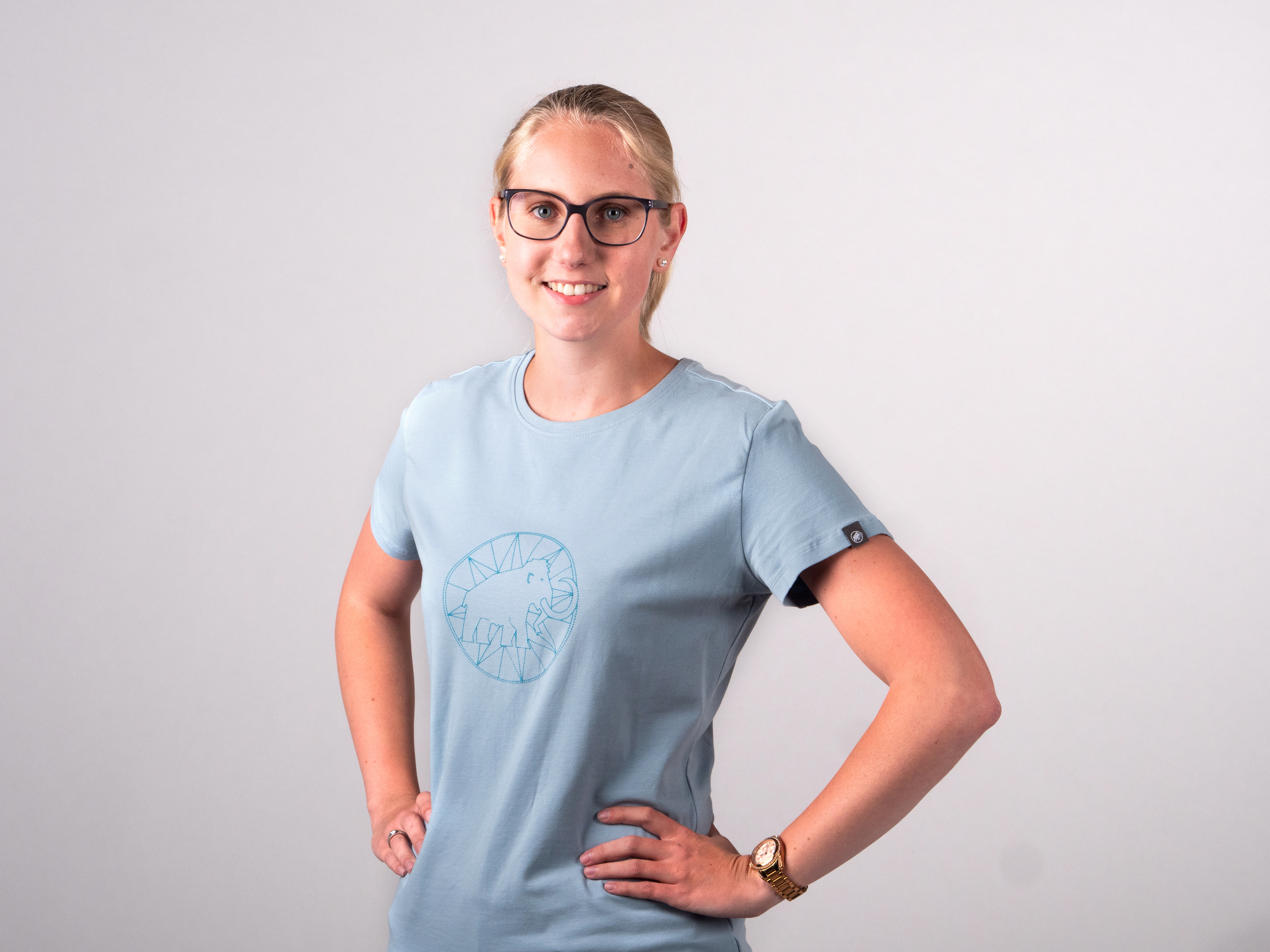 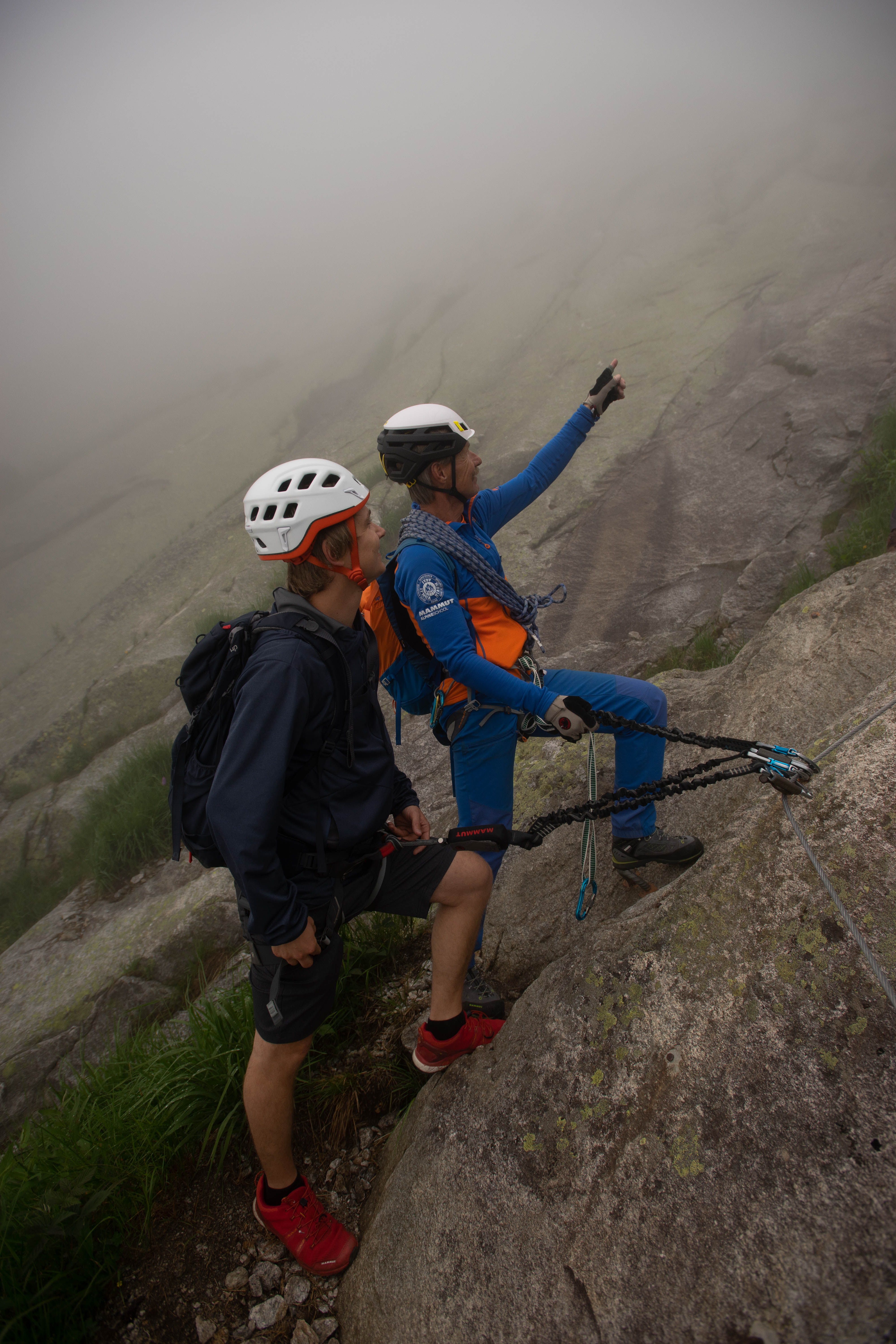